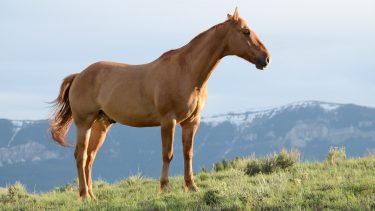 How often do we find ourselves as citizens complaining when legislators overlook cost-effective ideas and plans that could arguably provide some relief or a solution for a serious societal issue, and instead seem to prefer solutions that add more taxes to the burden already upon weary taxpayers?

With the recent evolution of catastrophic wildfire, Americans are now faced with a new kind of devastation that transcends anything we’ve seen before. And let’s make no mistake; there is nothing ‘normal’ or ‘natural’ about catastrophic wildfire. And we would be made into fools if we even tolerate thatinsane premise by some NGOs and their leaders, and that we should allow these highly unnatural fires to occur in the first place.

These new-breed of wildfires are so hot in fact that in addition to devastating everything in their path (defensible space or not), they pasteurize the soils killing all of the beneficial microorganisms that create bio-available mineral analogs, which support many other organisms and healthy plants. The intense heat of catastrophic wildfires also sublimates the bio-available mineral analogs in the soils made by the microorganisms and those gaseouscompounds add to the mix of deadly toxic smoke from these fires.

But this article isn’t just about gloom and doom, it is about a refreshing breeze of change that I am cautiously optimistic about. A glimmer of hope that alludes to a possible development in the status quo of government, where kudos are due to some of our local legislators and citizens who are indeed seeking genuine solutions and seem to be considering all options to our shared nightmare.

Oregon Congressman Greg Walden (2nd Dist. OR) has recently authored a Letter to the Chief of the United States Forest Service (USFS) Tony Tooke, and to the Acting Director of the Bureau of Land Management (BLM) Brian Steed, asking them to give the Wild Horse Fire Brigade (‘WHFB’) Plan their attention, which was attached to the Congressman’s Letter for their use. This is yet another encouraging development in a long string of developments, and I for one am thankful for Congressman Walden’s tacit endorsement of the WHFB and the work of citizens like Britt Ivy Boice and her husband, Court Boice, a Curry County Commissioner.

And there are tens of thousands of other American citizens who also support the WHFB as well as numerous scientists, politicians (I.E. Colleen Roberts- Jackson County, OR) and firefighters. One Oregon Dept. of Forestry fire captain recently wrote to me and said this:

“I still like the idea of the horse and I would love to see a controlled area with them to really see what they are capable of. I have seen the work they have done on your property and it looked good but spotty with the low numbers they have. Additionally I really think they have a place in the fuel reduction world.”

From my perspective, the plight of Americans struggling to make a living and raise families against adversity, and now catastrophic wildfire parallels thelife and death struggle of the legendary American wild horses, also just trying to survive as their numbers dwindle and on a trajectory for potential extinction.

Let’s start by asking a simple question; what causes these devastating firestorms?

The simple answer is too much grass and brush. And we definitely have too much annual grass and brush because our native forest and grasslands grazers (large-bodied herbivores; deer) are no longer present to do the job they evolved doing; controlling and keeping excessive grasses and brush under control and from piling-up.

In fact, we have a severe depletion in the populations of our deer (aka: ‘ungulates’) on the west coast (and elsewhere). These ground fuels (grass and brush) as they are known are explosively flammable, and burn at very high temperatures, quickly fueling the conflagrations where defensible spaces are meaningless, as we saw in the Sonoma County, CA fires. And there is no doubt about the connection between depleted deer populations and catastrophic wildfire, as this excellent Science Magazine excerpt on the settled-science cites:

According to Science Magazine: “By altering the quantity and distribution of fuel supplies, large herbivores can shape the frequency, intensity, and spatial distribution of fires across a landscape. There are even unique interactions among large herbivore populations that can influence fire regimes. For example, facilitative interactions between white rhinoceros and mesoherbivores result in reduced fuel loads and fuel continuity, and consequently fewer large, intense fires. Other factors can influence the frequency and intensity of fires, particularly in locations where the total area burned is strongly related to ungulate population size.

What the foregoing tells us is that our depleted west coast deer populations is the root of the problem!

And yes, we have a serious decline in the deer and elk populations on the west coast. Just in California alone we are down about 2-million deer, which is about an 80% decline in our herds since the late 1960s. This is very important to understand, since these now missing deer were previously consuming about 2.6-million tons of grass and brush annually! And these ground-fuels are what’s driving these massive deadly blazes that are now incinerating large areas of the west coast, killing people and destroying homes, as well as deforesting our lands and devastating watersheds, wildlife and habitat.

What Can We Do?

The simple answer is we must rebuild our deer herds (aka: cervids). But that will take several decades of very careful management. And certainly not by the same ‘let it burn’ people (and NGOs) that have guided us down this destructive and deadly path.

Each deer present in the ecosystem in and around the forests and grasslands consumes (average) about 7-pounds of grasses and brush daily. Just in California alone the population of deer is down about 80% from a few decades ago and that amounts to about 2-million deer (CA alone). And those missing deer were quietly consuming about 2.6-million TONS of annually recurring grass and brush each year, just in California. If we add in the excess annual grasses and brush due to depleted deer and elk in Washington State and Oregon, we are suddenly in the realm of about 5-6 million tons of excess grass and brush annually; that’s an incredible amount of ground fuels.

The Interim solution is simple; introduce a substitute large-bodied native-species herbivore that can pick-up the grazing slack and abate the prodigious annual grasses and brush that fuel these insanely hot wildfires. And it just so happens there are about 50,000 native-species American wild horses that are in BLM and USFS corrals and can be immediately deployed as a part of an overall ground fuels abatement plan.