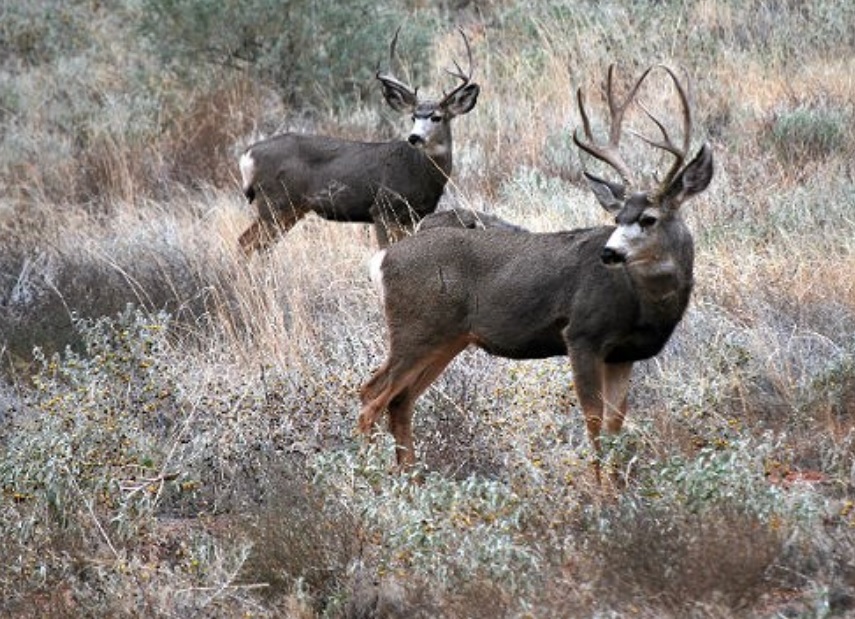 Oregon wildlife biologists are enlisting the aid of hunters to determine why the state’s population of mule deer has dropped by nearly 10 percent in the past dozen years.

Biologists at the Starkey Project, a joint wildlife research project southwest of La Grande between the Oregon Department of Fish and Wildlife and the U.S. Forest Service, questioned whether the growing number of Rocky Mountain elk has affected the mule deer, according to an Aug. 15 article in The La Grande Observer by Dick Mason.

The domineering elk may be eating the deer’s vegetation and taking over their living space, forcing the smaller animals closer to the roads, where they’re more likely to be hit by cars or poached by hunters driving past.

To determine if the elk are to blame, the Starkey Project is issuing more hunting permits in 2019 to cull the elk herd within its enclosure from 350 to 100, according to Mike Wisdom, the project’s lead scientist. The scientists will then evaluate the deer’s pregnancy rates, winter fawn survival and body composition before and after reduction of the elk population.

Radio collars on the deer will help biologists identify whether the mule deer change their movement patters with fewer elk in the enclosure. And they’ll use the collars to determine whether predators such as cougars, coyotes, black bears, bobcats and wolves are killing the deer. When a radio collar indicates a mule deer has died, scientists can quickly examine the body to determine its cause of death.

It could be the cause of the decline in mule deer numbers stems from all three factors—nutrition, predation, and competition for vegetation and space.