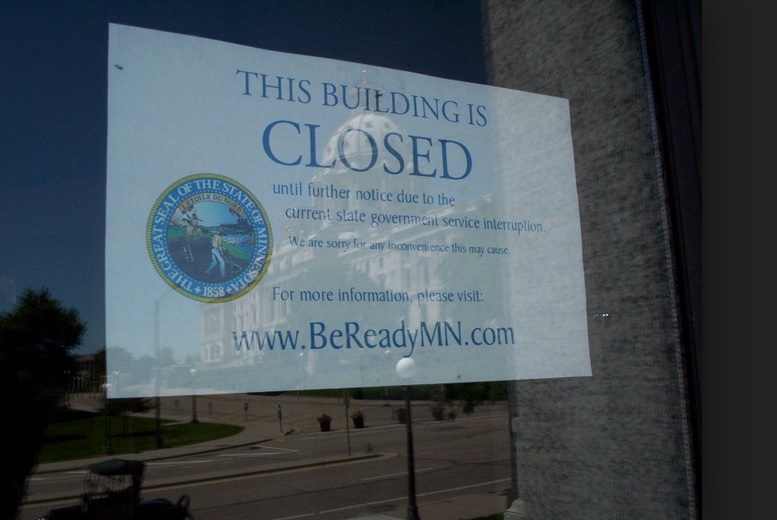 As the partial shutdown of the federal government entered its third week, agencies serving farmers and ranchers reduced services as the new 116th Congress took office.

The stalemate among lawmakers and the administration left agricultural advocates wondering about Washington’s ability to find common ground on critical issues including immigration, trade and infrastructure.

Under the partial shutdown, certain essential services and programs affecting agriculture remained in operation, while other programs went on hiatus.

Josh Rolph, federal policy manager for the California Farm Bureau Federation, said the partial shutdown would affect farmers and ranchers differently, depending on whether they participate in federal programs, and what programs those are.

For example, he said, U.S. Department of Agriculture agencies such as the Animal and Plant Health Inspection Service and the Farm Service Agency have furloughed key staff. Temporary closure of FSA offices delayed additional applications for the Market Facilitation Program, which provides relief to farmers affected by retaliatory trade tariffs. On Tuesday, U.S. Agriculture Secretary Sonny Perdue announced the application deadline for the relief program would be extended beyond the original deadline of Jan. 15, with the new deadline to be determined once FSA offices reopen. Perdue said MFP payments have continued during the shutdown for farmers who had earlier applied and certified their 2018 production.

Purchases of food for government nutrition programs will continue—including additional purchases intended to help offset impacts of the retaliatory tariffs.

But on trade matters, California Fresh Fruit Association Director of Trade Marcy Martin said, “We won’t come out unscathed from the D.C. impasse.”

“Communication on market access progress has literally ceased at this time,” Martin said. “Therefore, the shutdown has created an increased risk for some setback on market-access activities.”

Related to labor, Sara Neagu-Reed, CFBF associate director of federal policy, said the U.S. Department of Labor will continue processing H-2A agricultural visa certifications. However, with parts of the State Department and Department of Homeland Security not funded, she said, it is unknown how long they will be functioning without resources, which could result in stopping all the processing of visas for H-2A applicants. In addition, the electronic employment-verification system known as E-Verify, which helps businesses determine whether employees are eligible to work in the U.S., is not currently available.

The partial shutdown has resulted in a lack of reporting of agricultural and commodity data from the USDA National Agricultural Statistics Service, including a World Agricultural Supply and Demand Estimates report that had been scheduled for release this Friday.

In addition, Rolph said, USDA is unable to begin implementation of the new farm bill. Other affected USDA programs include rural development loans and grants, and payments for agricultural research and education projects.

Until the government reopens, the U.S. Forest Service will not award new timber sales or open bids for timber contracts.

“We are trying to bid on federal contracts and have some questions that aren’t getting answered during the shutdown, so there are some contracting issues that are definitely being affected,” Crook said. “It’s creating more of an administrative backlog due to the time of year, but I don’t see this being much more than a minor inconvenience in the long run.”

In addition, the Forest Service will not administer grazing permits during the partial shutdown.

The situation will also likely delay implementation of a new Clean Water Rule, meant to replace a 2016 waters of the U.S. rule. The Environmental Protection Agency and Army Corps of Engineers said Monday they would postpone publication of the new rule and a hearing on the proposed rule, which had been scheduled for Jan. 23 in Kansas City.

Rolph noted that the partial shutdown coincided with the swearing in of the new Congress, which includes a Democratic majority in the House of Representatives.

Focus in Washington will soon turn toward the 2020 presidential election, he said.

“If we have any window of time to do anything of significance, from immigration to infrastructure to trade, probably the first part of 2019 is the best window to accomplish that,” Rolph said, adding that with lawmakers expected to go into “full campaign mode” later in the year, both sides may then dig in their heels and make larger legislative victories more difficult to achieve.

He cited trade and immigration as key federal issues for California farmers and ranchers.

“We will have to work really hard during this new congressional session to make sure we see some victories,” he said.