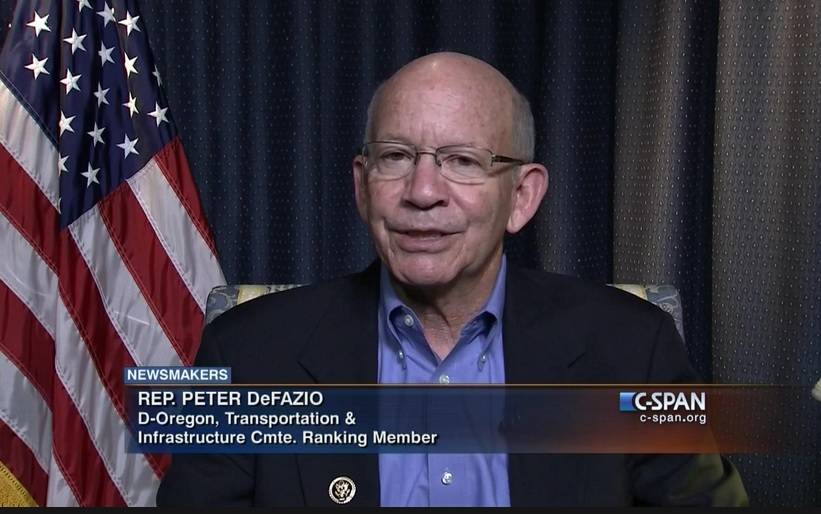 Rep. Peter DeFazio announced that he plans to introduce legislation to put pressure on Brazil to combat the record wildfires burning in the Amazon rainforest.

“President Bolsonaro who believes he can act with impunity and accelerate the destruction of the Amazon rainforest needs to know there are real-life consequences for his reckless actions,” said DeFazio. “I’m angered, but not surprised, that President Trump wholeheartedly supports Bolsonaro’s game of chicken with humanity’s existence. Though thousands of miles away from Oregon, the Amazon serves as the lungs of the earth. If the rainforest is destroyed, it will impact rainfall in the United States, dramatically reducing our crop yields and food supply and increasing the extreme conditions for catastrophic wildfires in the Pacific Northwest.”

DeFazio’s legislation, the Act for the Amazon Act, would put strategic initiatives in place until Brazil’s President Jair Bolsonaro acts on an aggressive plan to fight the Amazon wildfires and reduce deforestation and burning practices used by the farming and mining industries, including:

– Banning targeted imports from Brazil, including beef, soybeans, and other commodities contributing to deforestation;
– Freezing targeted aid funding to Brazil;
– Asserting that Congress will oppose a free trade agreement with Brazil.

Brazil’s National Institute for Space Research has recorded roughly 40,000 forest fires this year alone in the world’s largest rain forest, a 77 percent increase from 2018. The Amazon rainforest contains upwards of 100 billion metric tons of sequestered carbon, helping to stabilize our planet’s climate. Continued deforestation would release significant amounts of this carbon, resulting in potentially catastrophic damage to the U.S. and the globe.