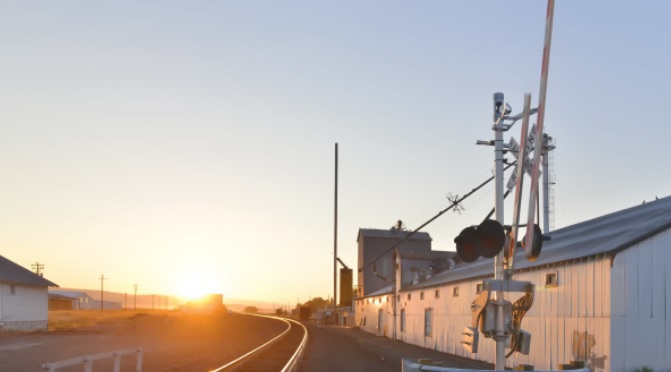 The mood was upbeat and confident at the Malin Potato Cooperative in February of 2015. The Merrill, Oregon, agricultural co-op was preparing to open a brand-new, $7 million state-of-the-art potato packing plant. The co-op’s members had been convinced the investment would provide a much-needed lift with the promise of high efficiency and new organic markets.

“It’s exciting,” says Dave Cacka (pronounced “choch-ka”), the co-op’s general manager at the time, in a Klamath Herald and News story picked up by the national press, including the Washington Times. “We’re looking forward to getting this operational.”

Today, only four years later, with the packing plant shuttered, the co-op disbanded, one of the co-op’s eight members in Chapter 11 bankruptcy, and another now farming for someone else, that mood appears only a distant memory.

“Maybe there were some marketing mistakes,” says Greg Carleton, a former member of the co-op, who lost his farm. “But it all reverted back to the amount of debt that we were trying to service. The costs of that building were overwhelming.”

“It is the age-old story with agriculture: high debt with low prices,” says Cacka, who left the co-op’s general manager position in 2016 to hand the management to Larry Nixon.
Interestingly, despite the extensive media coverage and fanfare surrounding the opening of the new facility, even the local Klamath Herald and News did not cover the closure. Asked why, Editor Gerry O’Brien says, “That is a good question. We are pretty strapped for time here and some stuff might have slipped through the cracks.”

Local and agricultural media rarely investigate these failures or report on co-op collapses. As a result, farmers never see the whole story or have a chance to evaluate and understand the risks and responsibilities of co-op ownership.

Coming just two years after the dissolution of the 87-year-old Pendleton Grain Growers (PGG) cooperative, the closure of the 55-year-old Malin co-op provides yet another cautionary tale for agricultural cooperatives. PGG’s closure came after its grower-members invested in constructing a large grain storage facility at the Port of Umatilla. (Read “Whatever Happened to Pendleton Grain Growers” at www.oregonfamilyfarm.com.)

Going back further, Agripac, once a 200-plus-member farmer-owned cooperative based in Salem, declared bankruptcy and closed plants in the Willamette Valley in 1999, just three years after purchasing 350,000 square feet of frozen vegetable processing plants in Walla Walla and Grandview, Washington. Added to the purchases, the 80-plus-year-old co-op in 1996 completed the construction of 21,000 square feet of office and warehouse flex space in Salem.

Effects of the plant closures reverberated through the local farming industries. “The closing of Agripac had a huge impact on food crop production,” retired Oregon State University Extension agent Mark Mellbye, who at the time was working field crops in the Willamette Valley, told the Eugene Register Guard (“A Growing Advantage,” Jan. 19, 2008). “Farmers say it was the biggest impact on their lives since the Great Depression. It just devastated the economic viability of a lot of those farms.”

Nationally, other examples follow suit, including that of Farmland Industries, once the nation’s largest and most successful farmer-owned co-op, when management decided to open a new headquarters in Kansas City in 2001, with deluxe executive suites in a glass-wrapped building, only to file for bankruptcy in 2002.

In the case of the Malin Potato Cooperative, the decline of potato acreage in the Klamath Basin is named as a contributing factor.

Cacka adds, “The co-op was going to go out of business one way or the other. I think the board of directors thought they had a good shot at making this work. It was a move to try to keep the cooperative viable for the future and it just didn’t pan out like they thought it was going to.”

A major selling point of the new facility was its high-efficiency, automated sorting, which speeds processing, particularly for organic potatoes, which tend to have more culls than potatoes produced under traditional farming practices.

“The old facility was strictly designed to run conventional russets,” Cacka says. “The new facility could run a lot of your round varieties that needed to be polished and needed a different kind of sorter and grader.”

Nevertheless, Cacka says, in retrospect, given the vagaries and unrecognized complexities of the retail organic potato market, the co-op’s big investment was questionable.

“Organic potatoes are a mixed bag,” he says. “The retailer demands a product that is as good or better than the conventional side, and it is difficult to maintain the quality when you have a product that likes to sprout in storage.”

“I think the board of directors were under the impression that they would be able to sell the potatoes at a higher price, which would help pay for the cost of the new facility,” Cacka says.

Who originally sold the plan to the Malin board that a significant investment in a new plant, combined with special organic pricing, would be profitable for the potato co-op is still unclear.

It is another lesson that farmers must keep a close eye on the financials of their cooperative, and not just trust the word of the internal “experts.”

Effects of farm co-op closures tend to reverberate across rural communities, as unemployment rolls grow and farmers aren’t as free with their spending. In the case of the Malin Potato Cooperative, thirty workers were suddenly unemployed in February of 2018.

Carleton and his partner, cousin Jim Carleton, meanwhile, lost their farm to foreclosure after unsuccessfully seeking Chapter 11 bankruptcy protection in 2018, shortly after the February closure of the Malin co-op.

“We were highly leveraged,” Carleton says. “We put too much stock in the organic portion of our farm. It was a major portion of our operation, and without any profit levels, it took us out.”
Signs the co-op was faltering were evident prior to its closure, Carleton says, but the actual closure was sudden and unexpected.

“Washington Federal shut the doors on us in the middle of a packing season, and it knocked everybody for a loop,” Carleton says. “Nobody saw it coming. Half the crop was left in peoples’ storages when the bank shut it down.”

Carleton says to his knowledge he is the only former co-op member who has gone out of business. One other former member, however, has filed for bankruptcy protection, and one family, which held two memberships in the former co-op, has stopped raising potatoes entirely, according to Carleton and Cacka.

Other members of the former co-op continue to raise potatoes for other packing facilities in the basin, with several switching from primarily fresh market production to chip contracts, Cacka says.
This has led to a surprising change in land ownership around the cooperative, transferring ownership away from local farmers.

“Companies from out of the area have bought up property, and in many cases, are bringing nontraditional crops to the basin,” Carleton says, including strawberry rootstock for transplanting in California, and leafy greens for fresh food markets. Many growers also have reduced potato acres and are now growing more alfalfa, Cacka says.

“A lot of potato storages became hay barns,” Cacka says. Carleton a fourth-generation Klamath Basin farmer, now is working for another farmer, says he misses working on his own family’s farm. “I really enjoyed what we had,” he says.

“Ag is a tough business,” the former co-op manager adds. “They tried to preserve their business. It just didn’t work out.”

Editor’s Note: In our recent Winter 2019 issue (cover, Alec Oliver), professor Eric Fruits, Ph.D., presented a thoughtful analysis on why we, as farmers, ought pay attention to our investment in agricultural cooperatives. Dr. Fruits’ perspective on the collapse of 87-year old Pendleton Grain Growers, among other examples, led readers to share stories of similar financial woes involving Oregon farmers. When ag media fails to report on a co-op collapse, it effectively denies farmers the critical insight needed to address potential warning signs. Oregon Family Farmer continues a new series, “Pay Attention To Your Co-op,” in order to help farmers understand the risks and responsibilities of investing in cooperatives. The series also aims to give co-op board members tools to avoid being captured or misled by the paid management, and provide insights to protect farmers’ valuable assets in their local cooperative. Reader feedback has been key in this important series. Please continue to share your stories with our experts at [email protected]