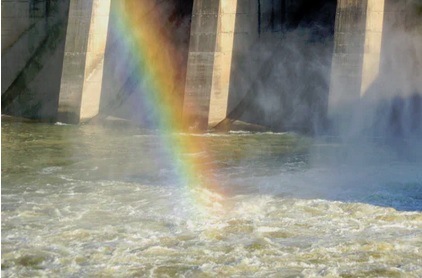 The FEIS determined that keeping the four dams of the lower Snake River intact, with some operational adjustments, was the best way to achieve the multiple important objectives of improving salmon populations, providing a dependable, affordable source of electricity, and working toward a clean energy future for our region.

Some groups were advocating for the dams’ removal.

The FEIS was developed by the U.S. Army Corps of Engineers, the Bonneville Power Administration, and the U.S. Bureau of Reclamation, with input from tribal nations, Northwest states, and other stakeholders, including the Oregon Farm Bureau and Northwest RiverPartners.

Northwest RiverPartners produced a press release featuring a lot of detail about the FEIS and the issue overall.

OFB thanks all Farm Bureau members who responded to the OFB Action Alert about the lower Snake River dams issue; your comments and effort truly made a difference!