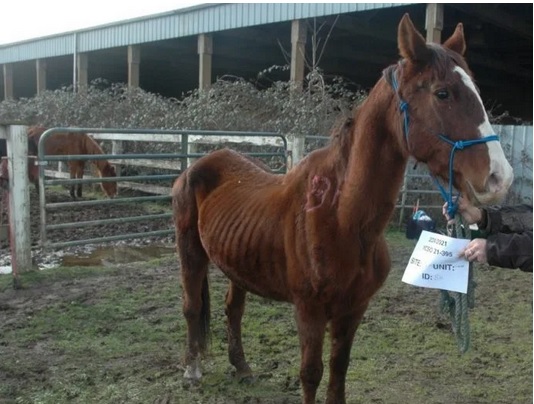 An elderly woman who owns a horse farm near Carlton faces a felony animal neglect charge after the Yamhill County Sheriff’s Office discovered 48 horses that were not given enough food or water.

Investigators probed the condition of the horses following a report that water Sliver Oaks Saddlebred farm had been turned off for failure to pay the bill. Owner Susan Swango, 82, faces one count of second-degree animal neglect, a felony because of the number of animals involved, according to the Associated Press.

They arranged for a donation of 2 tons of alfalfa to feed the animal but rejected an offer of 1,000 gallons of water, the Associated Press reported. She was hauling water for the horses from a nearby creek.

The sheriff’s office and Oregon Humane Society removed the 48 horses along with seven cats.