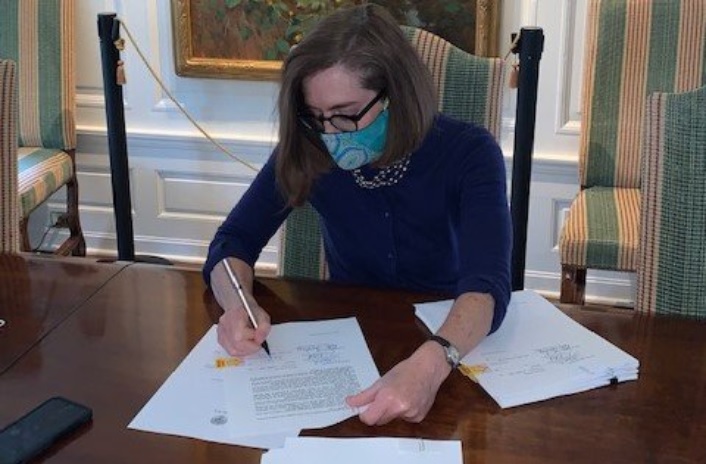 Salem, OR—Governor Kate Brown signed Executive Order 21-07, declaring a drought in Klamath County, and directed state agencies to coordinate and prioritize assistance to the region. This is the first drought declaration of 2021.“The Klamath Basin faces one of the most difficult water years in recent memory. Moving forward, we must look for long-term solutions to the underlying issue in Klamath and many other Oregon counties: there is too little water to go around, and as the climate changes we are experiencing hotter, drier summers,” said Governor Brown. “After last year’s wildfire season, we are closely monitoring drought conditions in the Klamath Basin and statewide.”

“I am committed to doing everything possible to make state resources available to provide immediate relief and assistance to water users throughout Klamath County. As we brace for another record-breaking drought year, collaborating with our federal partners will also be critical as we work towards locally supported, long-term solutions. I am confident that the collaborative spirit and ingenuity of the people in Klamath will provide lasting solutions.”

As of March 8, the snow-water equivalent in Klamath County was 77 percent of a normal water year, and forecasted water conditions are not expected to improve. Drought, severe weather conditions, and the upcoming fire season pose significant threats to the local economy, agriculture and livestock, natural resources, and recreation in Klamath County.

As state and local officials coordinate with federal partners, conditions will be closely monitored by the state’s natural resource and public safety agencies, including the Oregon Water Resources Department and the Oregon Office of Emergency Management.