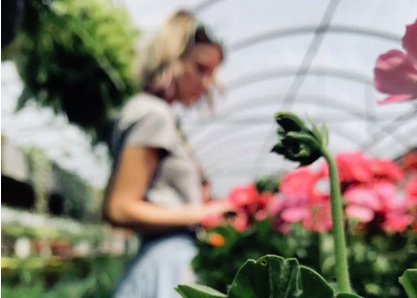 By Association of Oregon Nurseries

A proposal to end the agricultural exemption for overtime laws drew widespread opposition from farmers at a hearing Monday.

House Bill 2358  would require that overtime be paid in all cases where hourly workers exceed 40 hours during the employer’s defined work week. That’s quite different from Oregon and most states currently, where agricultural employers are exempt from the overtime requirement.

An amendment (PDF) submitted March 3 would make violators civilly liable for overtime not paid, plus penalties, even if the employer and employee agreed to forego the required overtime pay.

The Oregon Association of Nurseries and most agricultural trade groups oppose the bill, which is supported by labor groups including Pineros y Campesinos Unidos del Noroeste (PCUN). No action was taken to move the bill out of committee.

OAN member Leigh Geschwill — who is an owner at greenhouse grower F&B Farms & Nursery in Woodburn, as well as a past president of the association — testified that the bill will take away necessary flexibility from owners as well as workers.

“Today’s modern agricultural workforce wants the flexibility to make more personalized choices for themselves to accommodate the variety of living conditions, family structures and income priorities,” she said. “Certain job benefits, such as 401K plans and robust health care coverage may outweigh others as they consider the best outcomes. The diversity we represent shows that agricultural employment is not a one-size-fits-all situation.”

Geschwill gave examples of two workers at their operation who benefit from the flexibility.

“Agriculture is between a rock and a hard place,” she then concluded. “Lack of available labor, low prices, and unpredictable weather mean navigating the new overtime rules would include a combination of cutting worker hours, making expensive mechanization upgrades or simply closing businesses to survive. Tough choices that don’t help the citizens of Oregon or our economy.”

“We’re hoping they don’t get to testify, because that will mean the bill is dead,” OAN contract lobbyist Elizabeth Remley of Thorn Run Partners said.

No further hearings have been scheduled, and Senate Bill 616 (overview | text), a similar bill, is also not scheduled for a hearing. The OAN will continue to monitor the bill and keep members apprised of any developments.