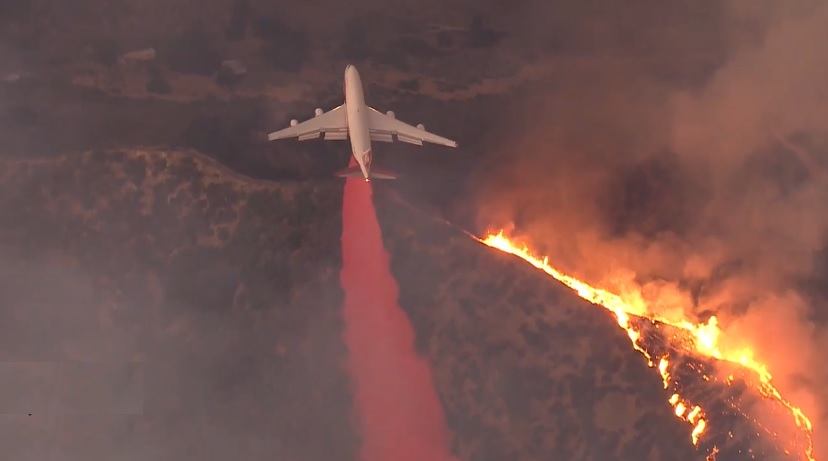 Rain’s in the forecast in the next few days. That’s spring in the Pacific Northwest.

But in a couple of months, the dry weather arrives and with it the massive forest fires caused by the bad forest management policies of Kate Brown and Jay Inslee.

The smoke will choke your lungs as billions of dollars worth of public timber goes up in flames.

Which makes it especially ironic that planet Earth’s biggest, fastest, cheapest firefighting rig is parked on the tarmac in Moses Lake…and won’t be flying.

The late Del Smith of Evergreen Aviation put 50 million of his own money into creating the 747 Global Supertanker…only one like it on Earth.

He got it certified by the FAA and all the alphabet agencies about two decades ago. Israel hired it for firefighting. So has Mexico. And Chile. But here in America…it’s been used in California on a few fires. it performed well

Governor’s Jay Inslee and Kate Brown could put it on standby…but they refuse and won’t say why. Neither will the forest service.

Word came last week that the company that now owns the Global Supertanker has grounded it…out of business. Ask anyone who owns a big rig or an excavator. You can’t afford to own it if you can’t hire it out.

So, they’ll scrap out the gear inside and turn it into a freight airplane…and the great public forests of the Northwest will burn. Your Fauci facemask may come in handy this year after all.