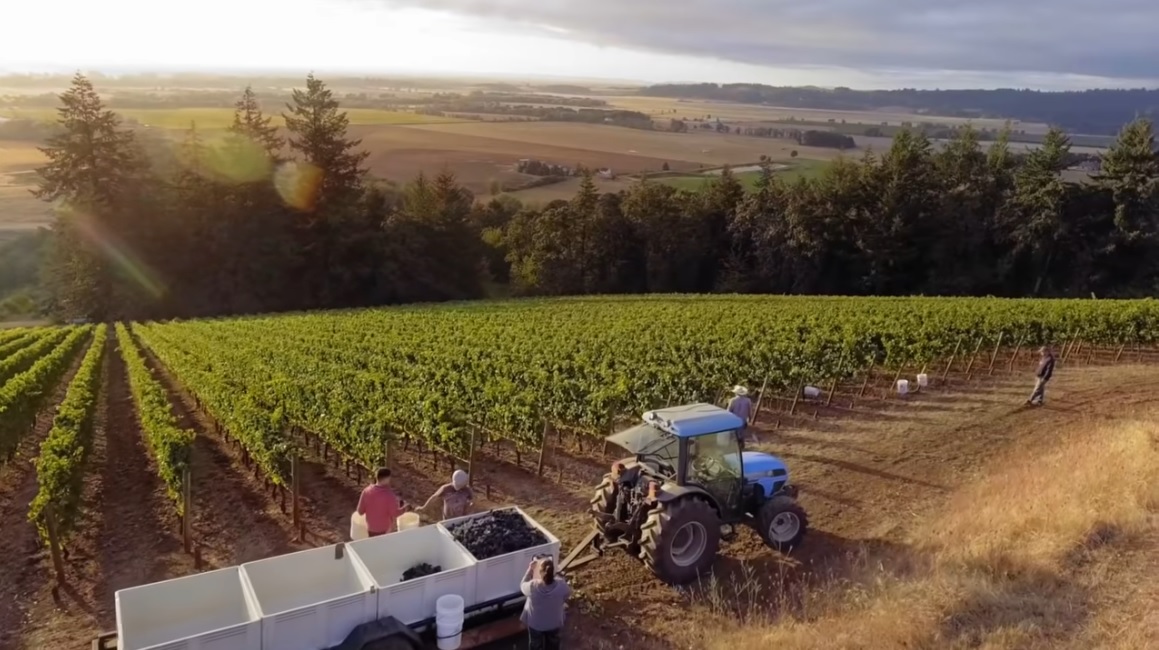 The Willamette Valley received formal recognition and protection by the European Union (EU) through Protected Geographical Indication (PGI) Status approval. It’s a major breakthrough in global brand awareness and a milestone for the Valley’s many hardworking wine growers and winemakers. The PGI system protects iconic names of agricultural products, spirit drinks and wines with a link to their geographical origin, including well-known products such as Champagne and Barolo. Only two American wine regions, Napa Valley and now the Willamette Valley, carry this distinction.

This acknowledgment from the EU affirms and protects the Willamette Valley’s reputation for quality. It offers legal security and added protection in Europe and worldwide against fraudulent wines and outside producers looking to profit from the revered Willamette Valley name. As wine regions devel op global recognition for quality, their success often carries with it the threat of tangential producers looking to capitalize on their marketing cachet. This can result in misleading labels and wines that aren’t true to established regional protocols, styles and quality. EU recognition requires a detailed de scription of the unique location, inputs to processes and resultant qualities of wines to gain PGI status. This recognition further extends the reach of the Willamette Valley and its acclaimed wines across the Atlantic, and through the EU’s market channels, both locally and through trading partners worldwide.

Outlining the benefits and responsibilities attached to today’s registration, European Union Ambassa dor to the United States Stavros Lambrinidis said: “As a registered Protected Geographical Indication, the Willamette Valley name is secured throughout the EU market of 27 countries counting 450 million consumers. Any operator seeking to sell non-originating wine using the registered Oregon name, or using labelling devices to evoke ‘Willamette Valley’ in the mind of the consumer, will be stopped.”

He added, “for the EU consumer, the PGI is the guarantee of authenticity: that every bottle meets the quality standard set by the Willamette producers.” Geographical Indications are the cornerstone of EU quality wines and spirits and of agricultural products and foodstuffs. Ambassador Lambrinidis noted that producers of GIs attract higher prices and secure rights against counterfeits. And while GIs are a worldwide phenomenon, notably in Asia and Latin America, “it is still the EU certification that gives producers like Willamette their calling-card to key markets.” He also encouraged other U.S. producers to join Willamette Valley PGI: “The EU system is open to direct applications from all producers who are committed to quality and value the unique origin of their product.”

The Willamette Valley Wineries Association (WVWA) and other Oregon statewide organizations, with leadership from Harry Peterson-Nedry, have been advocating for wine region name protection for almost two decades. Peterson-Nedry, the Willamette Valley’s RR and Ridgecrest Wineries founder, started pushing for the protection of wine region names back in 2002.

“I felt labelling and place name protection were principled tenets of what Oregon has always been and should be,” Peterson-Nedry said. “It offered recognition for the pioneers’ priorities and principles, and for the ongoing desire to do the right thing for consumers. The reality is that some wine producers could unfairly appropriate the hard historical work put in by others, by using their wine region names and cheating long-term both the wine industry and consumers.”

Major strides were made in 2006 international wine trade negotiations to limit this activity, but more work is needed to ensure wine regions have the tools to protect themselves in a globalizing market, with more work promised. Recent use of wine in erecting trade barriers for other industries’ goods has raised again the need for addressing wine trade issues. “Covering each other’s back, as this PGI protec tion does, is a step in the right direction,” Peterson-Nedry continued.

The WVWA, in its mission to promote, preserve and advance the prestige of Oregon’s Willamette Val ley American Viticultural Area (AVA) and its wines, has worked to defend its U.S.–recognized appella tion and nested AVAs from companies that might seek to misdesignate appellation names for wines not produced using grapes grown in the Willamette Valley.

The federal AVA system focuses solely on wine growing regions, without attention to other agricultural products’ name registrations and protections, as included by EU Geographical Indications.

“PGI recognition is a remarkable achievement for a relatively young wine region,” said Morgen McLaughlin, executive director of the WVWA. “The Willamette Valley’s first vines were planted in 1965 and since then several generations of growers and vintners have put their imprint on the world wine map.” Today, the Valley is world-renowned for its wines and regarded as a top destination for wine enthusiasts.

The EU similarly recognized the Napa Valley’s Geographic Indication status in 2007, two years after the California region was a signatory, with Oregon and six other global wine regions, to the Declara tion to Protect Wine Place & Origin. The group of signatories has been growing in size since 2005; now named the Wine Origins Alliance, the organization represents wine regions spanning 11 countries that work to protect regional names and eliminate all barriers to trade in wine. WVWA and Peterson-Nedry worked closely with the Wine Origins Alliance to achieve this latest regional milestone for the Willa mette Valley.

“The global wine industry is built on distinct regional names such as Willamette Valley, and this deci sion is an acknowledgement that location truly does matter when it comes to wine,” said Jennifer Hall, director of the Wine Origins Alliance. “Consumers around the world deserve truthful and accurate wine labels, and this is a major step forward for not only Willamette Valley but the whole wine indus try in ensuring consumers are not misled.”

The WVWA is a nonprofit wine industry association dedicated to achieving global recognition for Oregon’s acclaimed Willamette Valley as a premium Pinot noir–producing region. The WVWA has more than 230 members representing wineries, tasting rooms, and vineyards throughout the Willamette Valley. The organization also hosts Oregon Pinot Camp and Willamette: The Pinot Noir Auction, both annual and trade-only events further enhancing the reputation of the Willamette Valley. Visit www.willamettewines.com for more info.