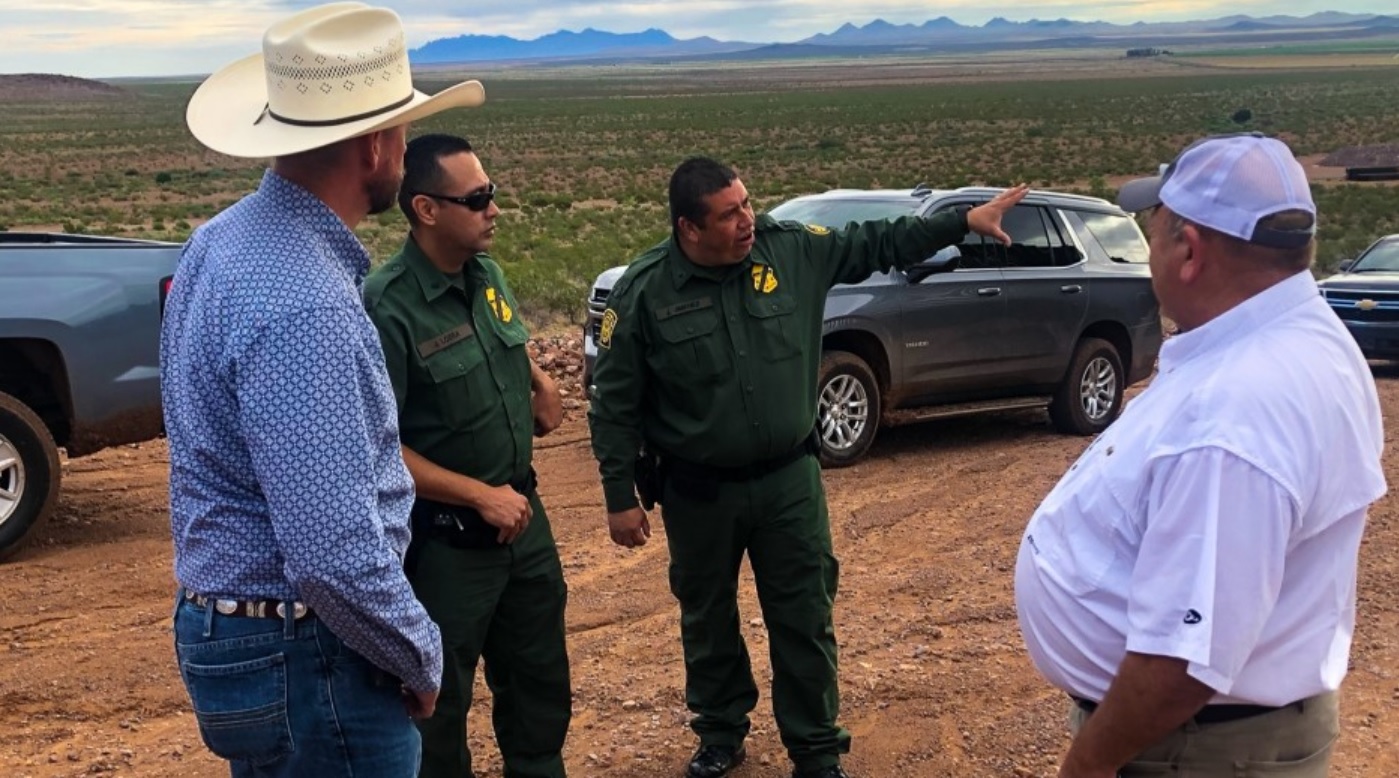 Spending several days along our southern border will teach you a lot. I did so recently and left with new perspective about both the unfolding humanitarian crisis and the security crisis. To be honest, as a Georgia farmer, I was removed from the realities on the ground, as are many Americans. But, as the leader of a national farm organization that represents farmers and ranchers in our border states, too, I needed to see and hear firsthand what was happening. I hope my observations bring you a little closer to an issue our nation’s leaders must address.

Farmers and ranchers who have property along the border – or even near it – are frightened, fatigued, feeling abandoned by their government and threatened by circumstances beyond their control. Meanwhile, a flood of people who have left their lives behind are holed-up in tents that serve as overflow capacity while authorities try desperately to keep-up with processing their asylum requests. As several border patrol agents explained to me, the flood of asylum seekers demands an all-hands-on-deck approach to processing them, which leaves much of the border unpatrolled. They were quick to add, “and the drug cartels know it.”

Farmers and ranchers in the area know it, too. What were once infrequent encounters with border crossers have become much more common and sometimes involve sophisticated smugglers. Imagine being a rancher and mother of two riding on horseback one afternoon to check cattle and encountering three men hiding in the brush in full camouflage with large backpacks. No cell service to call for help. No one else within miles. Another rancher told me about being flagged down by a group that had crossed the border and looked weary. He pulled over to offer water and was instead pulled from his pick-up truck and left on the side of the road. Again, no cell service so no way to contact authorities or even call for a ride home. It’s just not right.

In stark contrast to the isolation in remote areas, cities like McAllen, Texas, are bursting with people seeking asylum. I’ll never forget driving through the area dubbed “tent city.” Border processing centers are so overwhelmed that asylum seekers wait in giant tents. Outside a tent reserved for those battling COVID-19, I saw a father sitting in the grass in 95-degree heat with a young girl (his daughter, I assume) laying draped across his lap. I’ll say again, it’s just not right.

Some never make it to a tent or processing center. Human smugglers sometimes abandon men, women and even children on ranches in the hot desert sun. They are literally left to fend for themselves or die. Unfortunately, a growing number are perishing. I found it difficult to imagine myself in his shoes when a rancher told me about finding the body of a deceased woman near the water trough for his cattle. How long had she been there? Had she been sick? Did she have children with her? If so, where are they now?

This is not sustainable. America is better than this. We need a stronger deterrent… stronger protections… and an end to the chaos. The border patrol agents and local law enforcement I spoke with are doing their best – and we’re grateful for that – but they are quick to say help is needed. A sentiment I heard over and over again by police chiefs, sheriffs and elected leaders. They made it crystal clear that drug cartels are operating on both sides of the border and are likely to further ramp-up smuggling operations unless someone stops them.

Border patrol agents and law enforcement officials tell me the solution is a combination of technologies like drones, fiber optic cable, finishing sections of the wall and hiring more agents. It was good to hear that a federal grant program called Operation Stonegarden is helping. It funds cooperative efforts between federal border agencies and law enforcement from local, state and tribal agencies. But it’s not enough. And it’s not okay to leave Americans who live and farm along the border with no way to communicate in an emergency. The lack of cell service so common along the border must be addressed.

I was pleased to be joined at the border by several members of Congress from both sides of the aisle and USDA Deputy Under Secretary Gloria Montano Greene. They, too, have now heard the shocking accounts of farmers and ranchers living near the border, as well as the honest assessments of border patrol agents, police chiefs and sheriffs who are asking, no pleading for help.

It’s time for leaders in Washington to step up. It stuck with me when a rancher along the border said, “Welcome to my America.” I was almost offended by the implication that his America is different from mine simply because of where we live. Then I experienced his America for a few days. It’s time to increase the presence and cooperation of all levels of law enforcement and border agents on both sides of the border to restore order and with it, restore the faith and confidence of our citizens living there.