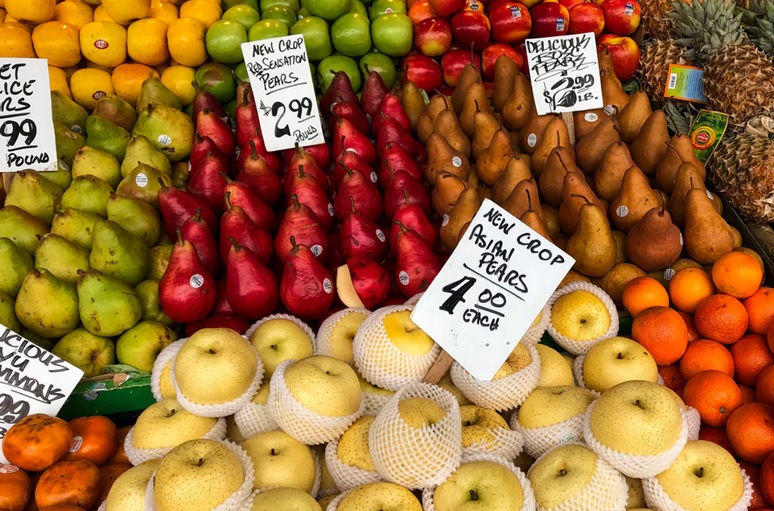 Oregon made national headlines this spring when the Bureau of Reclamation announced that the Klamath Project, an irrigation system spanning southern Oregon and Northern California, was not going to receive any water deliveries for the first time since the project’s creation in 1907. Unfortunately, the Klamath Project curtailment marked the first in a series of water shortages in Oregon, driven by extraordinarily low precipitation, low soil moisture and abnormally hot temperatures. As spring turned to summer, reports continued to roll in from across the state of severe impacts of the statewide drought on Oregon’s farmers and ranchers.

Oregon is one of the most agriculturally diverse states in the nation, producing over 225 commodities across several different growing regions. Farm-level agricultural receipts contribute more than $5 billion to Oregon’s economy with an estimated total added value of $28 billion when accounting for total supply chain benefits. The state ranks first in the nation for hazelnuts, Christmas trees and many grass and specialty seeds. While Oregon’s top commodities are nursery stock ($1.7 billion), cattle and calves ($736 million), dairy ($547 million) and hay ($378 million), Oregon is best known for its specialty crops, like grass seed for golf courses and lawns, and cover crop seed, carrot seed, sugar beet seed and several other specialty seed crops. Oregon is also known for hazelnuts, fruit, berries and vegetables. Proving that happy cows don’t always come from California, Oregon is home to the iconic Tillamook Creamery, a farmer-owned cooperative known worldwide for its cheese, ice cream and other dairy products.

Drought has affected all of Oregon’s diverse commodities and growing regions, from the normally wet coastal region to the arid southeastern part of the state. Presently, 99% of the state is in D2 (severe) drought, 77% in D3 (extreme) drought, and 27% is in D4 (exceptional) drought, the most severe drought risk category. For farmers and ranchers in Oregon, the effects of the drought are compounded by a series of natural disasters in the last year, starting with the record-breaking 2020 wildfire season that impacted wine grapes and caused loss of farms in southern Oregon, followed by ice storms last winter that caused major damage to Oregon’s tree fruit and nut orchards, and a heat wave in June that scorched berries and cherries immediately prior to harvest and killed several stands of Christmas trees.

While some farmers were lucky enough to avoid the prior disasters, there is no escaping the impacts from this year’s drought. In the normally wet coastal and Willamette Valley regions, yields are down as much as 50% on unirrigated land, which is the majority of agricultural land in this typically wet part of the state.

“The initial assessment is that I’m 35%-50% down in production because of the drought and the heat spell. It wasn’t good. When the rain shut off in March, it was way too early, especially for those of us on dryland,” said grass seed farmer Denver Pugh, president of the Linn County Farm Bureau.

In the more arid eastern part of the state, soil moisture was so low this winter that a large portion of summer pasture didn’t grow, leaving cattle without summer feed and causing ranchers to either sell cattle or purchase replacement hay at extraordinary cost. Because many acres of hay ground also dried up due to irrigation curtailments, hay prices have gone up nearly 100% in some regions. While this is good news for those who were able to grow hay, it is driving hay prices for cattle producers beyond their ability to pay, causing mass sales of livestock in the state.

Similarly, Oregon’s dryland wheat ground throughout the Columbia Plateau is suffering. “As a dryland wheat farmer, we are entirely dependent upon what Mother Nature gives us. Less water means a smaller crop to begin with, and then the heat that we’ve had this summer has compounded the problem and made it even worse. The yields are down, depending on where you’re at, about 30%-50%,” said dryland wheat farmer Logan Padget, chair of the OFB Young Farmers & Ranchers Committee.

As discussed above, the Klamath Project delivers water to nearly a quarter of a million acres of productive farmland and two refuges that are critical stops for migratory birds on the Pacific Flyway. Years of unseasonably dry conditions paired with restrictions under the Endangered Species Act left hundreds of farmers without irrigation water. While some farmers in the basin were able to turn to groundwater to irrigate a portion of their property, many were left with nothing this season.

“We are farming less than half the normal acres because of the drought. This year we raised hay instead of grain. It was the first time in my whole life we’ve never ran a combine,” said Jason Flowers, president of Klamath-Lake County Farm Bureau and alfalfa, grain and grass hay farmer.

In Central Oregon, where irrigators have worked for nearly two decades to create a habitat conservation plan to protect Endangered Species Act-listed species while allowing for irrigation, “junior” water rights holder North Unit Irrigation District had to severely curtail deliveries to its patrons, many of whom farm carrot seed, potatoes for seed and other specialty crops with ultra-efficient water delivery systems. Unpredicted early shut-off of irrigation water left many North Unit farmers with crops in the ground and no way to water them.

Because Oregon is a specialty crop state with such diversity, many farmers and ranchers are finding that there are no federal programs to help them with their losses, or that the conditions for the programs don’t work with the conditions on the ground in Oregon. While producers are hoping the state steps forward with a relief package while conversations about changes to federal programs move forward, there are many multi-generational farm and ranch families in Oregon who may not be able to make it through this season unless relief comes quickly.

According to the Sept. 2 release of the National Drought Mitigation Center’s U.S. Drought Monitor, over 75% of the West plus Minnesota, North Dakota and South Dakota are categorized as D2 (severe drought) or higher. This is a sizeable jump from the 41% of the West designated as D2 during the first week of September a year ago. More than 90% of the land area in California (96%), Montana (99%), North Dakota (95%), Nevada (95%), Oregon (99%) and Utah (100%) qualifies at or above the D2 level.