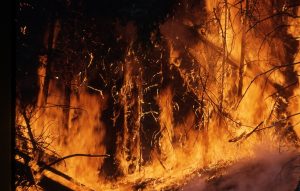 “The White River Fire demonstrated how quickly wildfire can spread with a changing climate causing high winds and drought,” Wyden said. “Wildfire season is starting earlier, lasting longer and destroying more of our treasured natural spaces, homes and businesses, not to mention killing people trapped in the blazes. I will continue to fight every day for nationwide efforts to battle climate change and prevent wildfire by caring for the health of Oregon’s forest land.”

“Like so many other wildfires that devastated communities and forests across the state, the White River fire put lives in jeopardy, homes in harm’s way, and left thousands of forest acres in serious need of restoration,” said Merkley. “I am pleased that Oregon will receive federal reimbursement for fire suppression efforts, and I will continue fighting for resources that ensure Oregon stays prepared and resilient against climate chaos and wildfire disasters.”

The White River Fire is reported to have burned 17,442 acres. The fire started on August 17th, 2020, approximately 20 miles west of Wamic, Oregon.