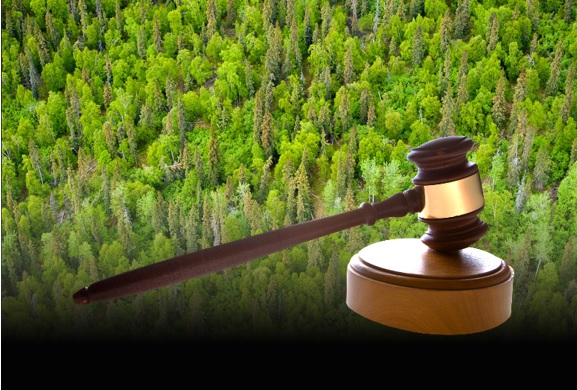 “No matter the agenda, using violence to advance a social or political cause is a serious crime. Over a series of years, Mr. Dibee and his co-conspirators caused millions of dollars in damage to commercial and government-owned properties. Today, after many years on the run, Mr. Dibee admitted to his role in these schemes and will finally face justice,” said Scott Erik Asphaug, U.S. Attorney for the District of Oregon.

“It has taken more than 20 years for Joseph Dibee to face justice. The FBI and our law enforcement partners never gave up. From destroying evidence to fleeing the country, none of Mr. Dibee’s tactics stopped us from making sure he was held accountable for his malicious and destructive actions,” said Kieran L. Ramsey, Special Agent in Charge of the FBI in Oregon.

According to court documents, beginning in October 1996 and continuing through December 2005, Dibee and at least 15 other individuals affiliated with the Earth Liberation Front and Animal Liberation Front knowingly conspired with one another to damage or destroy various commercial and government-owned properties.

Dibee and his co-conspirators held meetings to plan arsons of targeted sites, conducted research and surveillance of the sites, and discussed their planned actions using code words and code names. The conspirators designed and constructed destructive devices which functioned as incendiary bombs to ignite fires and destroy targeted sites. During their self-described “direct actions,” the conspirators dressed in dark clothing and wore masks and gloves to disguise their appearances. Some conspirators acted as lookouts while others were responsible for placing, igniting, or attempting to ignite the improvised incendiary devices.

On or about July 21, 1997, Dibee and others used incendiary devices to destroy the Cavel West Meat Packing Plant, a commercial slaughterhouse and meatpacking facility in Redmond, Oregon. Several years later, in October 2001, Dibee and others attempted to destroy the Bureau of Land Management’s Wild Horse Corrals, a government-owned facility used to remove wild horses from public lands located near Litchfield, California. The group’s attack on the facility caused the destruction of a barn and its contents.

Prior to the second incident, Dibee and others recruited co-conspirators and gathered supplies and fuel to make incendiary devices. The group used Dibee’s residence in Seattle, Washington to construct the devices and traveled from Seattle to Northern California in Dibee’s truck.

In 2006, after a long-running domestic terrorism investigation led by the FBI, a federal grand jury in Oregon indicted Dibee and 11 co-conspirators. Dibee and others were later indicted in the Eastern District of California and Western District of Washington. The conspirators, together known as “the Family,” were ultimately linked to more than 40 criminal acts between 1995 and 2001 and caused more than $45 million in damages.

Dibee fled the U.S. in December 2005. In late summer 2018, Cuban authorities arrested Dibee on an Interpol Red Notice. The U.S. Department of State, the U.S. Department of Homeland Security including the U.S. Coast Guard and U.S. Immigration and Customs Enforcement, and the U.S. Embassy in Havana assisted in returning Dibee to the U.S.

With Dibee’s continued acceptance of responsibility, the government will recommend a sentence of 87 months in federal prison. He will be sentenced on July 27, 2022 by U.S. District Court Judge Ann Aiken in the District of Oregon.

As part of his plea agreement, Dibee has agreed to pay restitution to his victims as determined by the government and ordered by the court.

One of Dibee’s co-conspirators remains at large. Josephine Sunshine Overaker, an American citizen who is either 47 or 50 years old, is believed to have fled to Europe in late 2001. Overaker faces 19 felony charges including conspiracy to commit arson, conspiracy to commit arson and destruction of an energy facility, attempted arson, and arson in the District of Oregon, the Western District of Washington, and the District of Colorado. The FBI continues to offer a reward of up to $50,000 for information leading to Overaker’s arrest.

This case was investigated by the FBI and Bureau of Alcohol, Tobacco, Firearms, and Explosives. It was prosecuted by the U.S. Attorney’s Offices for the District of Oregon, Northern District of California, and Western District of Washington, and the National Security Division’s Counterterrorism Section.