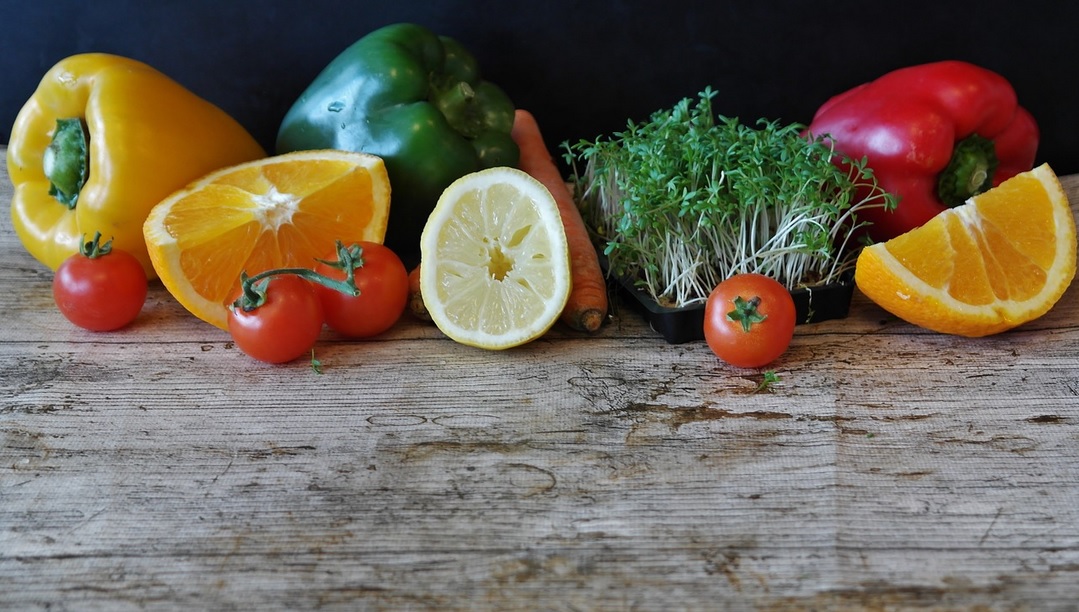 With its striking crimson flesh, a new transgenic lime developed by scientists at the U.S. Department of Agriculture is meant to be a head-turner: Imagine slices of the Instagram-ready fruit adorning cocktail glasses and its juice making purple margaritas.

Research geneticist Jim Thomson and his team at the USDA Western Regional Research Center in Alameda County created the limes by inserting the pigment gene from the blood orange into Mexican lime plants. The new lime has yet to be approved for sale, but Thomson said everyone he’s shown it to wants to know where to buy it and “thinks it’s the coolest thing since sliced bread.”

The idea behind the project, Thomson said, is to turn the stigma of bioengineering “on its head” by putting a product on the market that is unabashedly a GMO, or genetically modified organism. His goal, he said, is to encourage dialogue with consumers about the use of genetic technology in food crops with hopes of gaining greater public acceptance and trust.

“Most people are scared of what they can’t see or touch,” Thomson said. “This would be publicized as a GMO fruit. There’s nothing hidden about it.”

Thomson’s approach marks a departure from how bioengineering has been treated and marketed in food. For years, food manufacturers, biotech seed companies and other agricultural interests have resisted calls to label food products for GMO ingredients. This year, new federal rules requiring food labeling of GMOs took effect.

As someone who works with citrus, Thomson is keenly aware of a major threat facing growers: huanglongbing, or HLB, also known as citrus greening, a bacterial disease that kills citrus trees. The use of bioengineering to find a cure offers hope. But changing negative public perceptions about GMOs remains unwieldy.

With advancements in the biotech field, including use of gene-editing tools such as CRISPR, scientists can tightly control insertion of beneficial genes and more accurately predict how the inserted genes would act. Aside from being able to turn the flesh of the Mexican lime purple, the processes that Thomson and his team developed would allow scientists to add any disease-resistance genes to citrus. Identifying such genes, however, remains a work in progress, Thomson said.

In the meantime, Thomson is working through the complex regulatory process to bring the transgenic lime to market. He said he wants the “cool factor” of the lime to get people asking questions—and to get them “used to the fact that GMO citrus is coming their way, whether they like it or not.”

“The technology is definitely there,” he said, noting there’s “quite a bit of stuff in the pipeline” from companies that have developed new biotech products but have shelved them, fearing they may flop.

“Fear of public perception is holding back,” Thomson added. “I still see a lot of resistance to GMOs.”

Since their introduction nearly three decades ago, genetically engineered crops remain controversial, despite widespread adoption in certain crops. Today, more than 90% of the nation’s corn, cotton and soybeans are transgenic varieties, according to USDA. Together, they cover some 171 million acres of U.S. farmland.

The two most common traits in transgenic crops are insect tolerance and herbicide tolerance. In recent years, other traits have begun to come online.

In June, the U.S. Food and Drug Administration approved the first transgenic drought-tolerant wheat for food and feed. Bioceres Crop Solutions, based in Argentina, says its HB4 wheat has been shown to increase yields by an average 20% in water-limited conditions. The product awaits USDA approval for cultivation.

Del Monte in 2020 introduced a pineapple with pink flesh. Marketed as Pinkglow, the bioengineered fruit is sold as a novelty, with a price tag from $10-$50 a pop.

The nonbrowning Arctic apple, grown in Washington state and developed by the Canadian company Okanagan Specialty Fruits, launched in select U.S. markets in 2017.

Even as biotechnology begins to make its way into specialty crops, California farmers of those crops remain hesitant about going that route.

Mark McBroom, who grows citrus fruit in Imperial and Riverside counties, said negative public sentiment about GMOs is one reason the Citrus Research Board, on which he serves, has focused on finding disease-resistant varieties through traditional breeding methods.

“That’s the preferred path,” he said. “I don’t see GMO at this point being explored that hard for (fighting) HLB.”

Unlike Florida, where citrus greening has decimated orchards, McBroom said California growers are learning to live with the disease by controlling the insect vector that can spread HLB.

This could buy California growers enough time to develop HLB-tolerant varieties through traditional breeding, said Neil McRoberts, a University of California plant pathologist. Florida citrus growers do not have the luxury of time, he added, which is why they may be more willing to try a biotech solution.

McRoberts also pointed out that California citrus growers sell most of their fruit on the fresh market where shoppers can directly choose or reject their product. This differs from GMO crops that make ingredients such as corn syrup used in processed foods. Having to label California fruit as GMO “goes against the way that fresh fruit is marketed,” he said.

“It’s a touchy subject,” said Doug Phillips, a Tulare County fruit grower, packer and shipper. “Most people in the fruit industry promote the fact that they don’t use fruit or fruit varieties that were derived from any kind of genetic manipulation.”

Phillips said even though he has “no reservations” about bioengineering and thinks “it’s safe and reasonable,” he is concerned about consumer rejection of GMO fruit should the industry be forced to use the technology as a last resort.

But he said traditional breeding programs continue to make huge strides by turning out new and improved cultivars all the time. With these varieties “coming fast and furious,” he said he thinks a more natural solution to HLB may be on the way.

With so much anti-GMO rhetoric out there, Steve Knapp, who directs the UC strawberry breeding program, said consumer rejection of biotech crops has led to heavy regulation. That raises the cost to bring GMO products to market, he said, which means only big companies can afford to do it.

“If society didn’t care, there’d be lots of products,” Knapp said. “There’s been hundreds of great ideas out there about how to improve plants, and society has made it impossible for that to happen.”

Strawberry varieties from UC Davis account for nearly 60% of the state’s acreage. All of it is done through conventional breeding, although Knapp said gene editing is used to help researchers understand which gene causes a trait. He emphasized the technology is not used for product development, and no UC strawberry cultivars have been bioengineered.

“Someday, if the technology is widely accepted in the world, then that application may change,” he said.

The UC wheat breeding program also uses gene editing for research purposes only, said Jorge Dubcovsky, who heads the program. A gene-edited plant would still be considered transgenic, he noted, which means “a lot of regulations and costs we cannot afford.”

Some studies have suggested that consumer acceptance of GMOs may ultimately come down to price, a key factor in purchasing decisions. Availability would be another, USDA’s Jim Thomson said.

(Ching Lee is an assistant editor of Ag Alert. She may be contacted at [email protected])
Permission for use is granted. However, credit must be made to the California Farm Bureau Federation