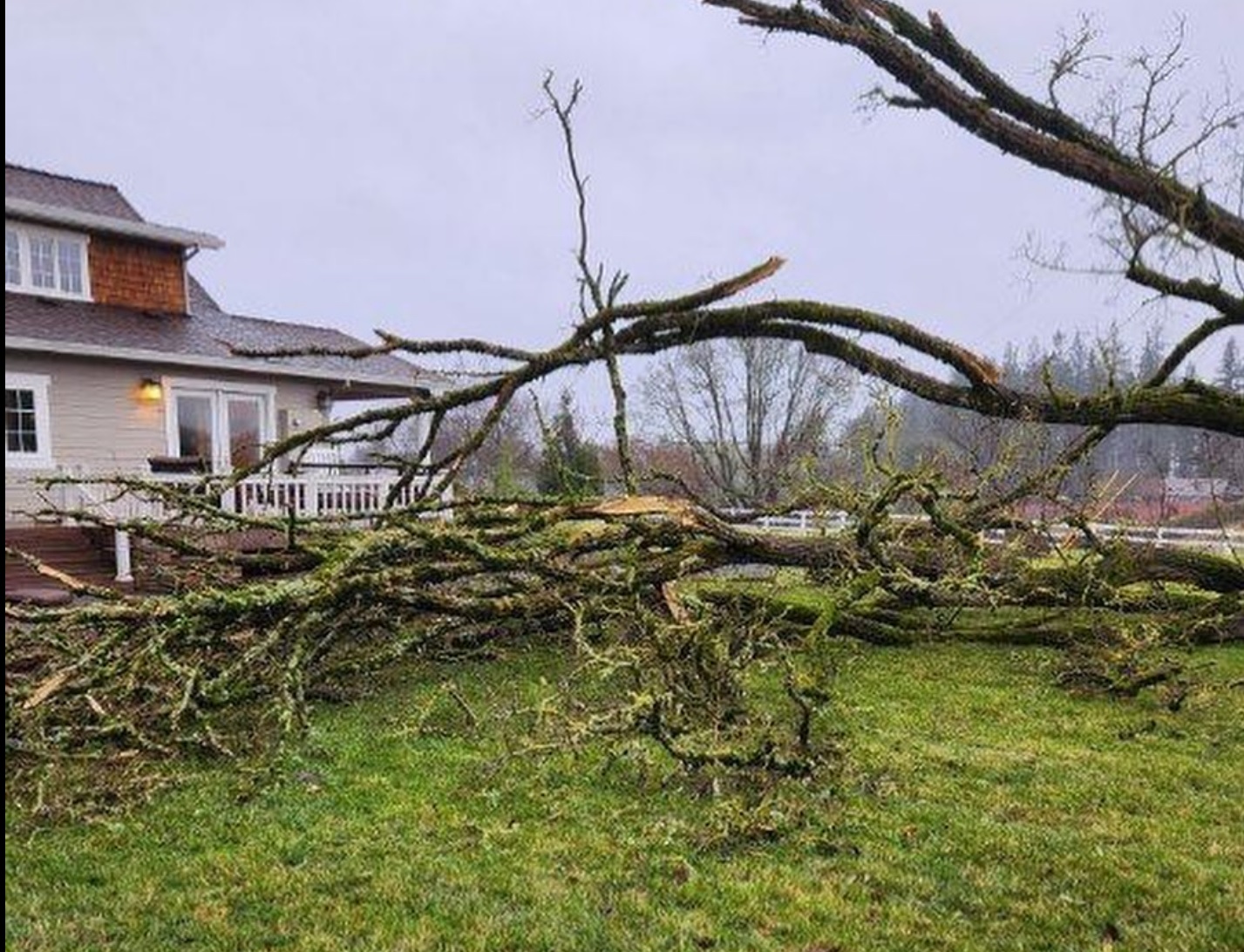 Between Christmas and New Year’s Day, heavy winds following a severe ice storm caused an enormous tree to topple and nearly strike one of Oregon’s most famous farmhouses.

Jacob Roloff, son of 61-year-old reality actor Matt Roloff of “Little People, Big World,” shared photos of the damage to the Roloff Farm west of Portland and north of Hillsboro, including the tree that landed only feet from the farmhouse and broke a pipe, according to InsideWeekly.com. Branches and massive limbs littered the lawn.

Although the 25-year-old lives on the farm with his wife, Isabel, and son, Mateo, he was left to deal with the immediate damage alone as the patriarch of the family, Matt, enjoyed sunshine, blue skies, and coffee with his mother while staying at a vacation home in Arizona with his girlfriend, according to the U.S. Sun. He noted that Jacob cleaned up the damage and created firewood while he was gone and noted that it’s “very nice” to have his son, daughter-in-law, and grandson at the farm.