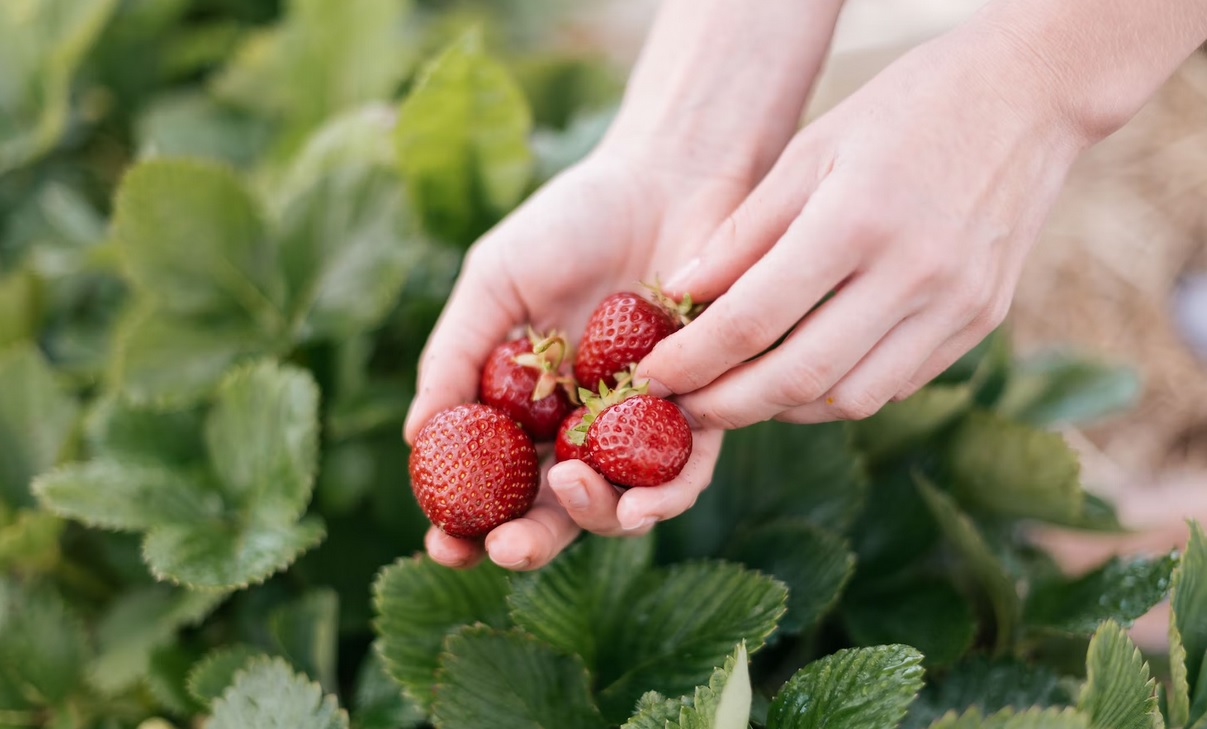 If current projections hold, California acreage devoted to strawberries will break a new record in 2023.

Farmers are planting more strawberries this year “to meet record consumer demand,” according to the California Strawberry Commission. Despite inflationary pressures, Americans continue to put strawberries in their shopping carts, with 71% of U.S. households buying strawberries in 2021, the commission reported. Sales volume at the retail level has reached more than 1.2 billion pounds annually, more than all other berries combined.

“The industry has had great support from the consumer, and it’s responded to that,” said Tom Am Rhein, who grows strawberries in the Watsonville area.

But growing demand for strawberries has not come without growing pains, as farmers face increasing production challenges—from the drought and other weather issues to the prevalence of soil-borne diseases that can decimate fields. Finding available workers to pick the delicate fruit also remains a struggle. Farmers say working through these problems has led to ever-rising costs to grow the berries, shrinking their profit margins even as sales have climbed.

To satisfy the “record levels needed to supply higher consumption and demand,” California growers are expected to plant 41,570 acres of strawberries this year, up from 40,714 acres a year ago, according to an annual acreage survey the commission released last month. The new data represent the first time strawberry acreage is expected to exceed 41,000. Prior to 2022, the last time California strawberry acreage reached similar levels was in 2013, when growers planted 40,816 acres.

Of the 2023 total, 31,852 acres are already in the ground. The fall plantings produce fruit during the winter, spring and summer months. Another 9,718 acres—all in the Oxnard and Santa Maria districts—are expected to be planted later this summer, producing berries for the fall season, according to the survey.

Positive consumer response to strawberries has not necessarily translated to higher returns to farmers.

“Our demand went down considerably for six to eight weeks, so our pricing during that time period was poor,” France said.

In September, an unusual rain event followed by heat reduced yields significantly, he said. It took plants about two months to recover, he said, adding, “some would say they never did recover.”

With the cost of labor, supplies and other production materials “going through the roof,” France said the decline in volume created “a double whammy” and a year that “wasn’t very good” on the profit side.

Traumatic weather events such as the September heat spell aren’t the only problems plaguing yields. With the ongoing drought, France noted that growers’ water quality has degraded, causing more stress on the salt-sensitive strawberry plants and making them more susceptible to diseases.

The commission reported that between 2015 to 2018, growers shifted to newer strawberry cultivars that improved their yields, allowing them to produce more volume on fewer acres. But strawberry varieties tend to decline in yield through the years, said Jeff Cardinale, spokesman for the commission.

The Monterey variety, which has been in production for nearly 10 years, remains the most widely planted day-neutral strawberry. But it does not produce the same yield per acre as when it was first introduced, he pointed out. As a result, growers have had to increase strawberry acreage to meet higher consumer demand.

Aside from weather—the biggest factor affecting production—soil-borne diseases and pests such as lygus have been the main culprits for lowering yields. For this reason, releasing higher-yielding varieties with disease resistance has been a top priority of strawberry breeding programs, Cardinale said.

“New varieties are being introduced and are scaling up, but that takes time,” he said.

Grower Am Rhein said soil diseases are “a huge concern,” as there are now more of them showing up in fields. With the loss of methyl bromide and restrictions on other fumigants, growers have fewer effective tools to fight these diseases, he said.

Though improved strawberry varieties gave growers “a little bump” in recent years, he said, “even those varieties are becoming overwhelmed.” Growers will need “some tremendous genetic breakthroughs…to get significant soil disease tolerance into the bulk of our varieties,” he added.

“That’s going to take us a number of years and millions and millions and millions of dollars to do that,” Am Rhein said. He noted growers have made “very large investments” in not just plant breeding and genetics but in best practices to optimize water efficiency, increase plant nutrition, and control insects and soil diseases.

For some of his production, France has turned to using a controlled environment agriculture, or CEA, system in which strawberries are grown hydroponically with the use of a nonsoil substrate under a hoop house, or so-called plastic tunnel. Such projects, he said, are meant to “reduce some of the risk and variables involved in farming,” with the goal of also reducing the farm’s use of water, fertilizer and pesticides. But he described the effort as “very expensive.”

“We still have an awful lot to learn,” he said. “We’re way behind what Europe is doing.”

Because strawberries grow only in very specific microclimates with adequate water resources, one way growers have been increasing production is by shifting more of it to summer plantings.

The commission’s annual survey shows acreage has been trending more to summer plantings for years, hitting a record high last year with 10,215 acres versus 30,499 fall-planted acres. That’s compared to 2,718 summer-planted acres and 35,915 fall-planted acres in 2009. The trend is driven by consumer demand and “retailer expectation” that berries be on the shelf every day of the year, Am Rhein said.

“The California industry is continually trying to extend that season—extend it longer into the winter and earlier in the spring, and that summer-plant acreage is one way to do that,” he said.

Though challenges remain, Am Rhein said it’s also “an exciting time” to be in the strawberry business, noting the innovations and concepts that are coming online and the “intellectual power” at the University of California and Cal Poly working to solve growers’ problems.

“There’s so much happening in terms of our research and breeding efforts that it bodes well for the industry,” he said.

(Ching Lee is an assistant editor of Ag Alert. She may be contacted at [email protected])
Permission for use is granted. However, credit must be made to the California Farm Bureau Federation